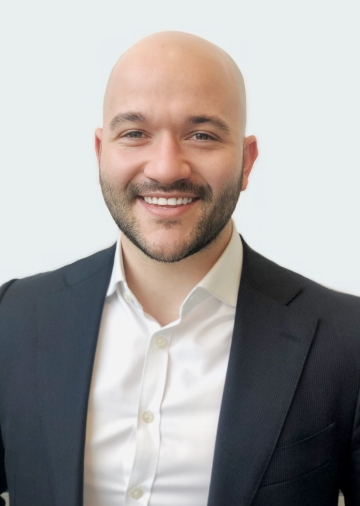 Read our latest case study to see how Jason Cohen, Head of Business Development at Hamilton Leigh helped a CFO Centre client in placing a global insurance programme at a competitive rate in a highly efficient timeframe.

In 2021, Jason Cohen began engaging with CFO Centre client, Stuart Hood, who is an international leading advisor working within the energy, refining and chemical sectors. During this time, Jason provided advice and assistance around the placement of one of Stuart’s clients’ global insurance programmes.

Throughout the year, Stuart and Jason Cohen engaged extensively to discuss the covers the business currently had in place, the markets available and the practicalities around structure of programme. It transpired that 2021 was not the right time for the business to move their insurances but nonetheless, Stuart took great value from his interaction with Jason to understand that this could be done and how.

In 2022 Jason and Stuart put their plan into action and at this point Jason engaged the international team at Specialist Risk Group (SRG). On this case, matters were led by Kevin White, Account Director. Kevin and his team are incredibly experienced and knowledgeable about their markets on a global level and in almost every case give a very understated account of what they do how they do it. The truth is their service level and expertise are invaluable in such complex placements.

SRG’s international team have a vast amount of experience working with global insurance markets, this was paramount to ensuring Stuart had the most comprehensive insurance coverage which captured all elements of risk across the regions they operated within.

Following a detailed review of the Group’s insurances, which involved an in-depth gap analysis of the existing policy wordings, SRG’s international team carried out an extensive marketing exercise which included London, US, and Asian markets.

SRG’s international team utilised their Worldwide Broker Network membership relations to ensure that the current insurers were advised of Hamilton Leigh being the newly appointed broker, and to formalise this appointment and access local markets in the US for the Professional Indemnity and Cyber policies.

Working in partnership with their US markets, SRG’s international team were able to secure continuous Cyber cover, with broader worldwide coverage at a competitive rate. Similarly with the Professional Indemnity and Directors’ and Officers’ policies, SRG’s international team negotiated competitive premium rates with insurer’s in the name of the Top Company, which was based in the British Virgin Islands, ensuring global cover for the entire group.

Stuart was incredibly complimentary of the work carried out by Jason Cohen and SRG’s international team quoting “Jason has proven to be an invaluable partner for me and various clients, supporting us in not only obtaining a competitive price but more importantly reviewing the suitability and in some circumstances adequacy of cover. On this particular case, it was vitally important that our cover remained stable and at competitive premiums. Given the more complex nature of this business case mentioned, I am very grateful to Jason and his International counterparts for making it such a seamless process.”